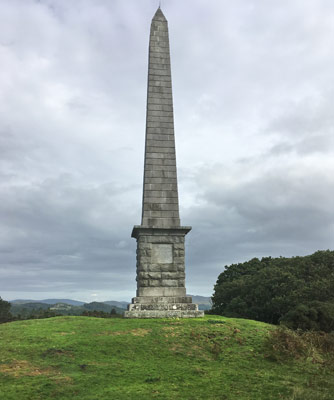 The scaffolding surrounding the Rutherford monument has been taken down, the security fencing removed  and the last of the pointing at the foot of the monument finished.  The monument is now restored to its former glory.
To celebrate the restoration of the monument there will be a talk in the Mill on the Fleet on 26th October by Professor John Coffey of Leicester University.  In the meantime the Gatehouse Development Initiative will be preparing an information board on Samuel Rutherford and the monument which will be placed in the Mill on the Fleet and we will also be producing a trail leaflet.