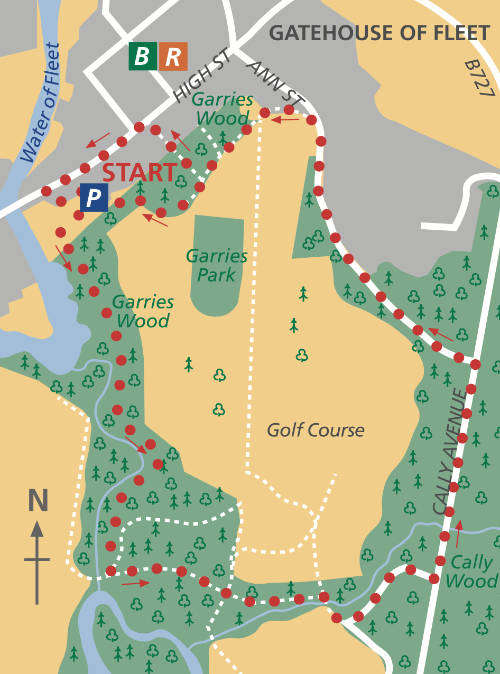 Parking is available at the car park in the centre of Gatehouse of Fleet.

Start From the car park, take the path next to the Kiosk and cross the grass. The sculpture here was carved from a 200 year old oak to commemorate the Queen’s Golden Jubilee. Go through the gate and follow the waymarkers through attractive mixed woodland and back to the car park via Garries Wood.

The path initially follows the Water of Fleet. On the opposite bank at Boat Green there is a small port, the site of a shipbuilder’s in the late 18th century. Then Gatehouse was a thriving industrial town with three cotton mills and a growing population. In the early 19th century, after the advent of steam power, industry gradually declined. By the 1840s all the mills were closed, although bobbin making and the sawmills continued into the 20th century.

Later you join Cally Avenue. This was once the approach to Cally House, focal point for the impressive Cally Estate. Now a hotel, it was completed in 1765 for James Murray of Broughton. James Murray was an entrepreneur and responsible for much of the early development of Gatehouse. His descendant, the late Mrs Elizabeth Murray-Usher sold a large part of the Estate, including the Cally Oak Woods surrounding you. 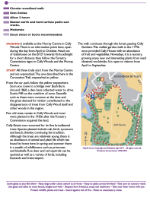