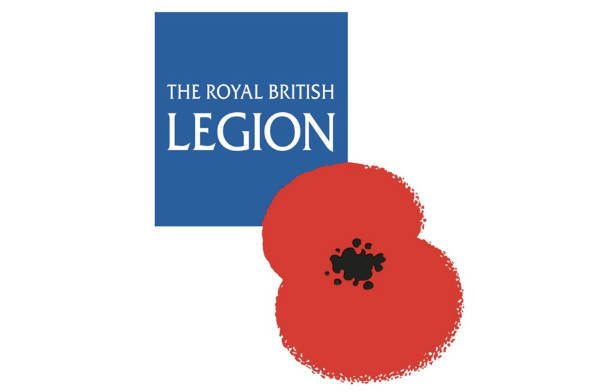 The Royal British Legion was founded by Earl Haig in 1921. The principal objective was to look after the welfare of ex-servicemen and women who had served their country in the Great War of 1914 - 1918. The Gatehouse & District Branch was formed in 1933. At that time there were many ex service people in the District who had served in the War and it is likely that membership of the Branch exceeded seventy including a number of women, who had strong connections with the services.

The Branch members met regularly either to conduct the affairs of the Branch or for social occasions. Although the Branch did not have a clubhouse meetings were held in local Hotels, including the Murray Arms, where they have continued to this day. The Branch continued its work for the welfare of ex-service people throughout the Second World War. Following the end of the War membership fell away until the arrival in the District of Colonel Hugh Mackay. He was a career soldier who had served in the Cameronians (Scottish Rifles) and subsequently in the King’s Own Scottish Borderers. Colonel Mackay, supported by Mrs Murray Usher rejuvenated the Branch and turned it into a successful fund raising organisation.

Regular Bingo sessions were held and the bottle stall on Gala Day became a feature. In addition the Branch made annual donations to local service widows and to service Charities.

Altogether, in recent years, the Branch has made donations to many service charities of in excess of £40,000 including more than £15,000 to Erskine Hospital. When Hugh Mackay left the District the late Willie Mckie took over as Chairman with James Finlay as President. In due course Willie handed the job over to me.

Now, after eighty six years in being, we find ourselves unable to continue as an independent Charity. Our membership has declined to just twenty seven people, many of whom are elderly. This is a situation the Legion finds itself in across Scotland. The last of the National Servicemen and the declining numbers in the Regular and Territorial Forces mean that there are not the people coming forward to play their part in the organization.

A consensus of the members agreed that rather than disband the Branch we should amalgamate with the Castle Douglas Branch. They have a wider catchment area and a Club premises in Castle Douglas. They draw their members from Dalbeattie, Kirkcudbright and Twynholm as well as Castle Douglas itself. Membership of the new Branch is open to all whether they are ex-service or not. It is hoped that people from Gatehouse & District will continue the tradition of membership of the Legion.

The annual service of Remembrance will continue to be held in the Parish Church followed by the Act of Remembrance at the town War Memorial as in the past. The Castle Douglas Branch have extended a very warm welcome to existing members from Gatehouse and will do so in the future to any individual who wishes to be a part of this very worthwhile organization. 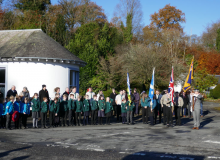 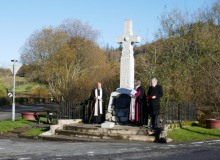 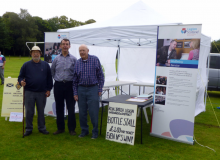 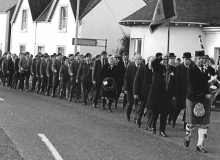 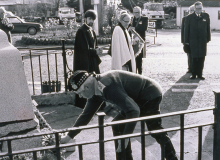