In the care of the National Trust for Scotland, Broughton House was the home of renowned artist E A Hornel and is a treat for art-lovers and gardeners both - the house is packed with paintings, photographs and sculpture. Visit Hornel’s studio, and discover his love of oriental flora in his beautiful Japanese-inspired garden.

Broughton House stands in the heart of Kirkcudbright, known as 'The Artists' Town' because of the colony of artsits who made their home here. The house has been refurbished to create a living museum dedicated to Hornel’s life and work.

E A Hornel – one of the famous early 20th-century ‘Glasgow Boys’ – bought this pink Georgian building in 1901 and made it his studio as well as his home. Hornel was a colourist with an eye for sensual detail – many of his works hang in the house alongside those of his contemporaries. He was an avid collector, and his library includes one of the world’s largest collections of works by Robert Burns.

Outside, Hornel and his sister designed the beautiful Japanese-style garden, inspired by their travels in the Far East which is now a gentle labyrinth of stepping stones, wisteria-covered paths and Edwardian charm. 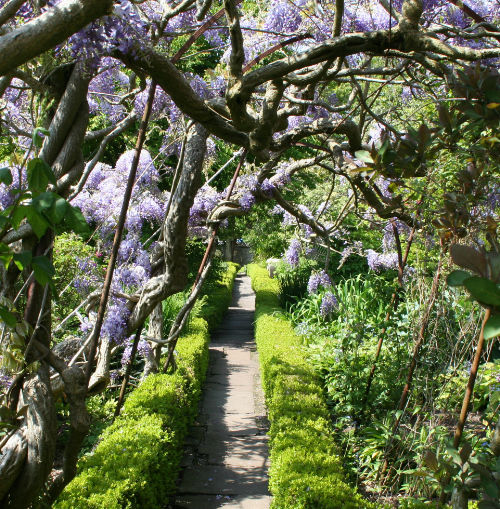